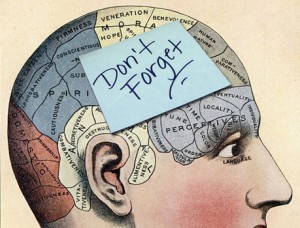 Social media has become part of the contemporary landscape. But so has it’s opposition. It’s become cliche to hear critics describe the rise in connectivity but the fall of real communication. They believe that social media has many unintended consequences that are damaging our culture. And, although they might be right, that discussion is outside of the scope of this project.

But imagine all of those critics. Imagine their tone and their personalities, and now imagine that they are protesting another another revolutionary innovation: writing. You may not realize this, but writing was initially seen as a destructive force in society. Since the beginning of mankind, people spoke in an oral tradition. They had to memorize all of their speeches and epic poems. And it was seen as absolutely fundamental to the human experience.

But once writing came along, this oral tradition was threatened. Critics were scared that people would no longer put in the effort to memorize things; if they were written down, then what was the point? They worried that robust minds of the pre-writing era would be lost and replaced with weak, mushy minds in a world where nobody needed to memorize anything, ever.

Now the interesting question is this: have their concerns come true? Let’s look at it in the realm of speaking. Now that we can write our speeches, two types of speakers become possible: 1) The person who writes a speech and simply reads it, maybe from a PowerPoint, and 2) The person who doesn’t write a speech at all, but simply scribbles a few notes and then feels prepared. Have you ever seen any speeches along these lines? If you’re like us, than you’ve probably seen hundreds. This is exactly what the critics of writing feared. And now in this world of ever increasing technology, it ever more tempting to slip towards that image of a weak, mushy mind.

The second unbreakable rule is to speak from memory, (sort of). The audience expects you to know your stuff. Have you ever been to a speech where the presenter read the speech? Was anybody impressed? Was anybody inspired to action? Probably not. In fact, it probably didn’t matter how powerful and inspiring the speech was, it probably fell a little flat. Or worse yet, have you ever experienced “death by PowerPoint?” It’s a miserable, droning affair that puts nearly everyone to sleep. It’s no more effective to read slides than to read a speech. Yet people make this mistake all of the time. Either way, it kills the audience.

Why is this? Because these presentations feel artificial. They severe the connection between the speaker and the audience. If the speaker is just going to read a speech or a set of slides, then why can’t the audience just read it on their own? In fact, if it’s just going to be read word-for-word recital, then anybody can stand up and read it! It completely removes the speaker from the communication process.  That’s highly impersonal and disengaging for an audience.

Speak from memory. This will give you confidence and poise. It increases your credibility in the eyes of your audience and positions you as an expert. But it flatters them. It shows that you respect them enough to prepare. And It also gives you the flexibility to answer audience questions. You’re not rigidly committed to a set structure, but you can flow with the audience and push the dialogue forward. Always remember that you want to speak “with” not “at” your audience. This is what we mean by having a conversational style. This can only be achieved by naturally speaking from memory. You can’t expect a your slides or a transcript to do it for you.

But this doesn’t mean that you have to memorize everything word for word. That can come off as stiffly as reading it. Instead, you want to speak extemporaneously. This means that you speak from your memory in a natural way — because you are comfortable with the concepts, not just the words. When you speak extemporaneously, you can use notes to prompt you — to keep you organized and remind you what to say. You notes can be like a checklist of sorts, reminding you of all the things you wanted to say. But once you are prompted into a story, then put your notes down and tell it from memory. This will give it a natural and genuine quality that will engage your audience.

What if you lose your place and have a blank out? That’s ok. Don’t panic. Its way better to lose yourself and come back to your notes, than to read a speech like a robot and never lose your place. Having a brief blank out is tolerable by audiences, because it humanizes you and it demonstrates your genuine nature. We all go blank from time to time. It’s part of being human. If this happens, just smile and take a deep breath. Then check your notes. Don’t apologize or explain your behavior. And at all cost refrain from a verbal pause. But if you remain calm and poised, it’s likely that no one will even notice. As we will discuss soon, pauses are welcomed by the audience and demonstrate your competence as a presenter.

To speak extemporaneously, practice is essential. You’ve got to know your stuff cold. There’s no way to fake it. So practice your stories until you can articulate them frontwards and backwards. There are no great speakers who neglect practice. The greatest lie of speaking is that you can just stand up and wing it with a stream of consciousness. This just simply isn’t true and don’t listen to anybody that says it is. But here’s what is true: with enough practice, you can make it seem like you’re winging it. And that’s the greatest complement of all because it reflects the natural, conversational style of your presentation.

So don’t neglect practice. We have an internal saying that goes, “you don’t get paid to present, you get paid to prepare.” In other words, if you prepare correctly, then everything else will take care of itself. So mentally connect your ultimate success with your rigorous preparation. This might prompt you to prepare more, which would put you in good company. Winston Churchill, the man who, through the power of his speeches all but saved Western Civilization, prepared intensely. Later in life, his private secretary said that Mr. Churchill put in an hour of preparation for every minute of speaking. Think about that. He would prepare sixty hours for a sixty minute speech. Why? Because so much was on the line and he took his speeches so seriously. He knew that if they weren’t perfect, then the war might be lost. And so he delivered some of the greatest speeches in all of all time and changed the course of human history. And here’s the most exciting thing: you can too! Nothing is off limits to you, so long as you prepare. You can change the whole history of your company, your family or nation by putting enough effort into your speeches.

So how do you prepare? There are two basic ways to prepare: writing and speaking. First off, you want to write your speech. (Later we will give you the techniques and structure to do this.) And then as you practice delivering it, you will make changes to your scripts and write new ways to express your ideas. Second, you will practice verbally. There’s no getting around it. You can start off reading it, but soon you will have to start giving the whole speech as you will ultimately give it. Give it alone and in front of a mirror when you start. But don’t neglect the benefits of feedback. Give your speech to a group of supportive friends and colleagues. Ask them what you could improve. Additionally, you can video yourself and critique it afterwards. These are standard techniques for great speakers. So don’t neglect them. Churchill wasn’t born Churchill. He made himself. And you can too.

What about mnemonic devices? They can be very helpful if you use them correctly. Here’s one of our favorites. Think about a room that is very familiar to you, like your office or living room. Then identify your major points with the major objects in the room. For example, you might associate the couch with your first major point and the piano with the second major point. This way, if you ever get lost, you can just imagine your living room and let the obvious objects prompt your next point.

This is part of our “10 unbreakable rules of speaking”